1.Every child with poor school attendance record is unable to fulfill his educational potential and is going to suffer cruelty or neglect.
2. Many parents do not know that their children play truant regularly, which shows their lack of interest in their children’s education or inability to control them.
3. Parent’s difficulty in dealing with family responsibility is not a reason which leads families to reject regular schooling.
4. Habitual non-attendance can cause children reject the values and legal requirements of society very early in their lives.
5. Truancy or parentally-condoned absence may or may notlead to juvenile crime.
6. Mental illness in later life is another bad effect of truancy.
7. Non-attendance is such a complex and serious problem that it can’tbe dealt with by education department alone.
8. According to this passage, the social workers and educational department didn’t cooperate very well because they disagree basically.
9.According to the writer ,registering unexplained absence is not very effectiveto resolve regular non-attendance.
10. Unlike the parents, the teachers , social workers and education welfare officers are unwilling to send truants to boarding school in the early stage.


IIDirections: There are 2 passages in this section. Each passage is followed by some questions or unfinished statements. For each of them there are four choices marked A), B), C) and D). You should decide on the best choice and write the corresponding letter on the Answer Sheet.
Passage 1
Space is a dangerous place, not only because of meteors but also because of rays from the sun and other stars.The atmosphere again acts as our protective blanket on earth.Light get through, and this is essential for plants to make the food which we eat.Heat, too, makes our environment endurable.Various kinds of rays come through the air from outer space, but enormous quantities of radiation from the sun are screened off.As soon as men leave the atmosphere they are exposed to this radiation but their spacesuits or the walls of their spacecraft, if they are inside, do prevent a lot of radiation damage.
Radiation is the greatest known danger to explorers in space.The unit of radiation is called “rem”.Scientists have reason to think that a man can put up with far more radiation than 0.1 rem without being damaged; the figure of 60 rems has been agreed on.The trouble is that it is extremely difficult to be sure about radiation damage—a person may feel perfectly well, but the cells of his or her sex organs may be damaged, and this will not be discovered until the birth of deformed children or even grandchildren.Missions of the Apollo flights have had to cross belts of high radiation and, during the outward and return journeys, the Apollo crew accumulated a large amounts of rems.So far, no dangerous amount of radiation have been reported, but the Apollo missions have been quite short.We simply do not know yet how men are going to get on when they spend weeks and months outside the protection of the atmosphere, working in a space laboratory.Drugs might help to decrease the damage done by radiation, but no really effective ones have been found so far.
11According to the first paragraph, the atmosphere is essential to man in that _____.
a. it protects him against the harmful rays from space
b. it provides sufficient light for plant growth
c. it supplies the heat necessary for human survival
d. it screens off the falling meteors
12 We know from the passage that _____.
a. exposure to even tiny amounts of radiation is fatal
b. the effect of exposure to radiation is slow in coming
c. radiation is avoidable in space exploration
d. astronauts in spacesuits needn’t worry about radiation damage
13 The harm radiation has done to the Apollo crew member ______.
a. is insignificant b. seems overestimated
c. is enormous d. remains unknown
14 It can be inferred from the passage that ______.
a. the Apollo mission was very successful
b. protection from space radiation is no easy job
c. astronauts will have deformed children or grandchildren
d. radiation is not a threat to well-protected space explorers
15 The best title for this passage would be ______.
a. The Atmosphere and Our Environment
b. Research on Radiation
c. Effects of Space Radiation
d. Importance of Protection Against Radiation

Passage 2
Taste is such a subjective matter that we don’t usually conduct preference tests for food.The most you can say about anyone’s preference, is that it’s one person’s opinion.But because the two big cola companies Coca-Cola and Pepsi Cola are marketed so aggressively, we’ve wondered how big a role taste preference actually plays in brand loyalty.We set up a taste test that challenged people who identified themselves as either Coca-Cola or Pepsi fans: Find your brand in a blind tasting.
We invited staff volunteers who had a strong liking for either Coca-Cola classic or Pepsi, Diet Coke, or Diet Pepsi.These were people who thought they’d have no trouble telling their brand from the other brand.
We eventually located 19 regular cola drinkers and 27 diet Cola drinkers.Then we fed them four unidentified samples of cola one at a time, regular colas for the one group, diet versions for the other.We asked them to tell us whether each sample was Coke or Pepsi; then we analyzed the records statistically to compare the participants’ choices with what mere guess-work could have accomplished.
Getting all four samples right was a tough test, but not too tough, we thought, for people who believed they could recognize their brand.In the end, only 7 out of 19 regular cola drinkers correctly identified their brand of choice in all four trials.The diet-cola drinkers did a little worse-only 7 of 27 identified all four samples correctly.
While both groups did better than chance would predict, nearly half the participants in each group made the wrong choice two or more times.Two people got all four samples wrong.Overall, half the participants did about as well on the last round of tasting as on the first, so fatigue, or taste burnout, was not a factor.Our preference test results suggest that only a few Pepsi participants and Coke fans may really be able to tell their favorite brand by taste and price.
16 According to the passage the preference test was conducted in order to ______.
a. find out the role taste preference plays in a person’s drinking
b. reveal which cola is more to the liking of the drinkers
c. show that a person’s opinion about taste is mere guess-work
d. compare the ability of the participants in choosing their drinks
17 The statistics recorded in the preference tests show _____.
a. Coca-Cola and Pepsi are people’s two most favorite drinks
b. there is not much difference in taste between Coca-Cola and Pepsi
c. few people had trouble telling Coca-Cola from Pepsi
d. people’s tastes differ from one another
18 It is implied in the first paragraph that _______.
a. the purpose of taste tests is to promote the sale of colas
b. the improvement of quality is the chief concern of the two cola companies
c. the competition between the two colas is very strong.
d. Blind tasting is necessary for identifying fans
19 The word “burnout” (in the second sentence from the end, Para. 5) here refers to the state of ______.
a. being seriously burnt in the skin
b. being unable to burn for lack of fuel
c. being badly damaged by fire
d. being unable to function because of excessive use
20 The author’s purpose in writing this passage is to ______.
a. show that taste preference is highly subjective
b. argue that taste testing is an important marketing strategy
c. emphasize that taste and price are closely related to each other
d. recommend that blind tasting be introduced in the quality control of colas

二 翻译题请将下列语句翻译为汉语（共40分 ，每题 20分）
III Translate the following two paragraphs into Chinese.
1
Instead of having to establish rules and limits, an arduous and often frustrating job, instead of having to work at socializing children in order to make them more agreeable to live with, parents could solve all these problems by resorting to the television set.
2
:We cannot eliminate the risks except by not doing those things but by doing so we just substitute a whole new set of risks; instead of risking buying a house with dry rot, we risk having a bad landlord. 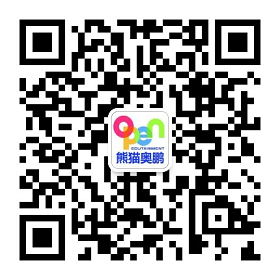 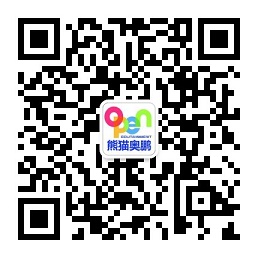